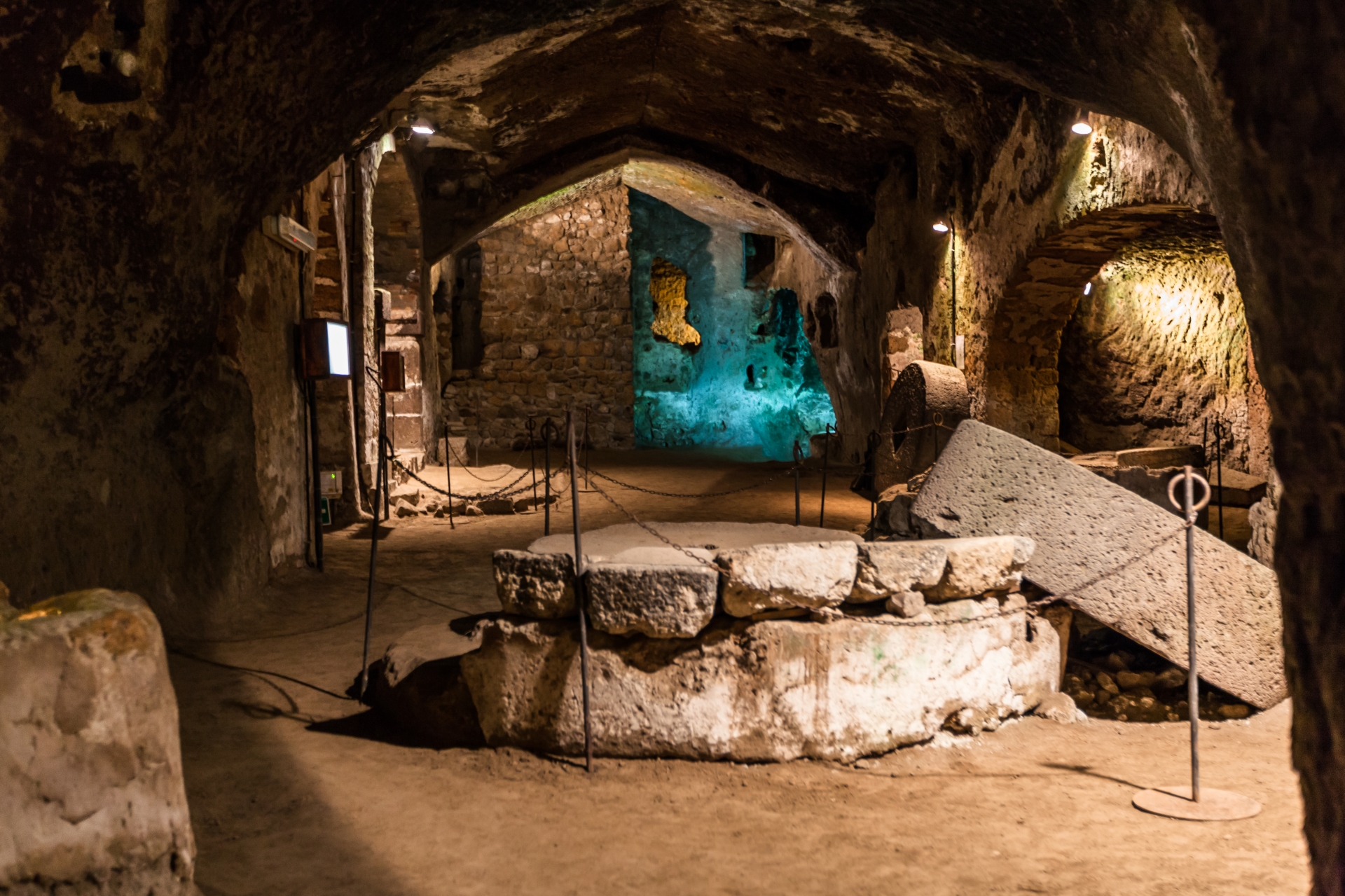 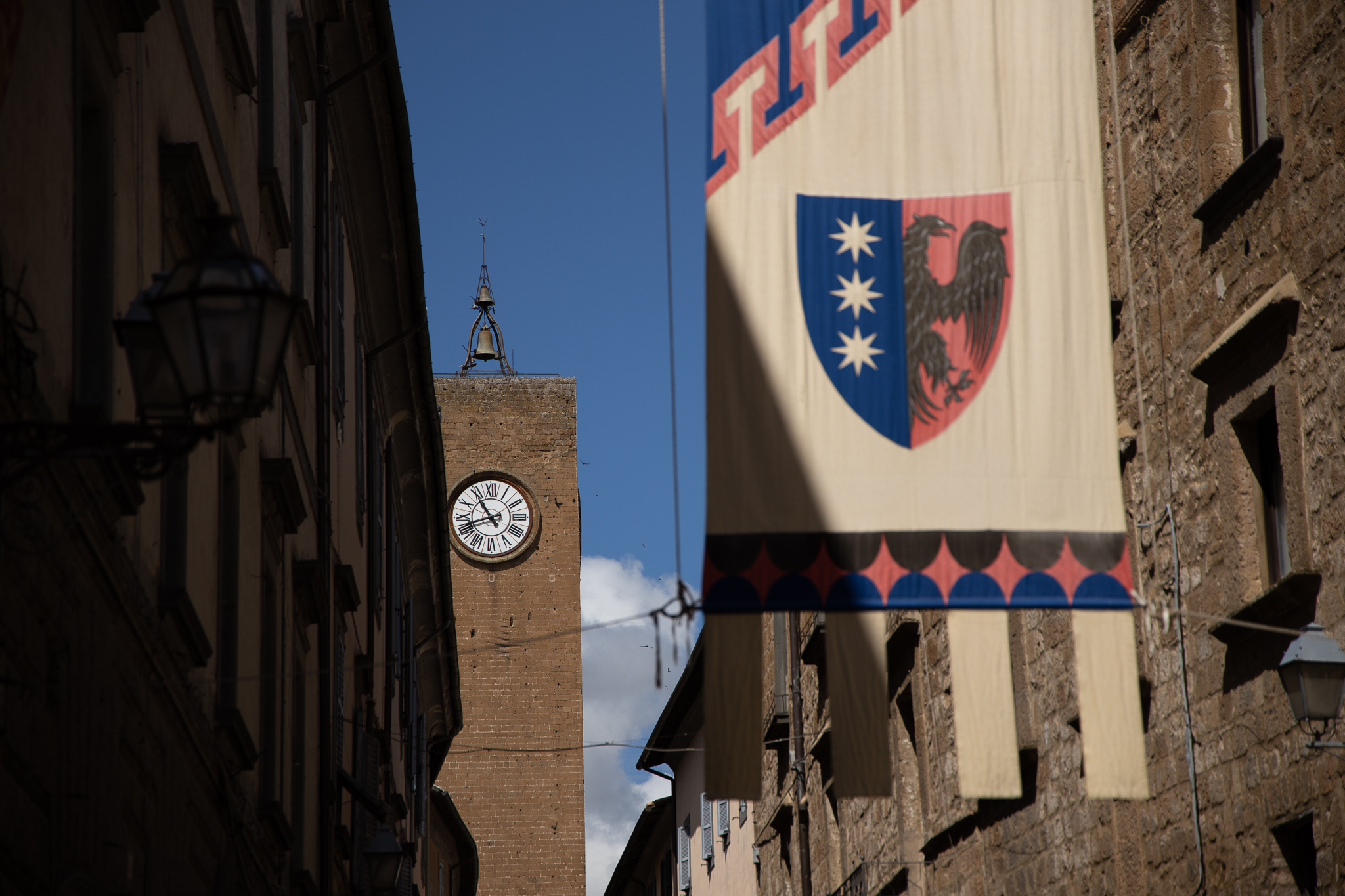 See all
See all

Opera del Duomo Museum: Papal Palaces, an extraordinary mediaeval architectural complex next to the Cathedral, display a series of works of great historical-artistic value that reflect the vastness and variety of the heritage collected and conserved by the Opera del Duomo, reaffirming its original deep bond with the city and its territory.

Orvieto VIE: A new diffuse Museum, a multimedia tourist orientation centre for the historical, architectural, food and wine, landscape and archaeological heritage of Orvieto and its territory. Open from 11 a.m. to 1 p.m. and from 2.30 to 4.30 p.m.

National Archaeological Museum: Located in the medieval Papal Palace, it houses finds from the surrounding necropolises. There are buccheri and Etruscan and Attic figurative ceramics and, among the bronzes, a complete set of armour consisting of helmet, cuirass, shin guards and shield. Of particular interest is the area housing the two famous painted chamber tombs from Porano. Open daily from 8.30 a.m. to 7.30 p.m.

Crocifisso del Tufo Necropolis: On the northern slope of Orvieto's cliff, this is one of the major burial areas of the ancient Etruscan city. The necropolis is the result of urban planning carried out around the middle of the 6th century B.C. that respected the presence of older burials, found intact during excavations. The set of inscriptions on the architraves constitutes one of the most conspicuous records of Etruscan epigraphy. Open during daylight saving time from 10.15 a.m. to 3.45 p.m. and during summer time from 10.15 a.m. to 6.45 p.m.

C. Faina Museum: Contains one of Italy's most prestigious archaeological collections with finds from various Etruscan necropolises: buccheri, bronzes, Attic ceramics, pottery, Etruscan jewellery and, finally, the Venus of Cannicella. Routes also designed for children. Open from April to September from 9.30 am to 6 pm and from October to March from 10 am to 5 pm. Closed Mondays from November to February.

Pozzo della Cava: An evocative underground complex in the heart of the medieval quarter, excavated by Pope Clement VII before St. Patrick's Well. An unusual insight into the history of the city through nine caves full of Etruscan, Medieval and Renaissance archaeological finds that came to light together with the well. Open daily from 9 a.m. to 8 p.m. Closed Mondays (except public holidays) and the second half of January. From 23 December to the Sunday after the Epiphany, Carta Unica entitles admission to the Presepe nel Pozzo.

Torre del Moro: The best 360° panorama of the city. The gaze sweeps over the horizon, spotting plovers, villages and castles and recounting the ancient power of the medieval city. The tower is perfectly oriented according to the four cardinal points and is located in the centre of the two wings of the Palazzo dei Sette. It divides the city into the four historical quarters: Serancia, Corsica, Olmo and Stella. Open in March, April, September and October from 10 a.m. to 7 p.m.; from May to August from 10 a.m. to 8 p.m. and from November to February from 10.30 a.m. to 4.30 p.m.